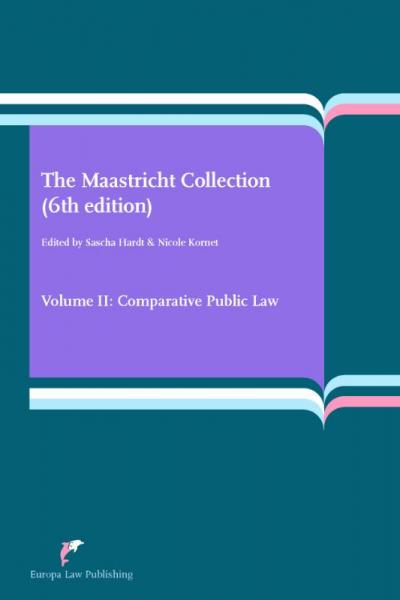 The Maastricht Collection comprises a broad selection of legal instruments and provisions that have proven to be particularly relevant and useful to students and practitioners of international, European, and comparative law. The compilation is based on the long-standing expertise in teaching and researching European, international, and comparative national law at Maastricht University’s Faculty of Law. It includes codes and statutory legislation from France, Germany, the Netherlands, and the United Kingdom, international treaties and instruments of international organisations, as well as the Treaties and selected secondary legal instruments of the European Union. The provisions contained in The Maastricht Collection are reproduced in the original English or in the authentic English version, where applicable, or they are freshly translated under critical editorship. Many existing translations of written law, including officious translations available on government websites, are significantly out of date and not sufficiently faithful to the original. They often seek to turn old-fashioned or ambiguous original texts into modern and elegant English. Or, instead of translating, they seek to explain how certain terms or formulations are interpreted in practice. The translations contained in The Maastricht Collection remain true to the content, style, and syntax of the original as far as possible, allowing the reader to appreciate not only the substance but also the authentic form of legal sources. Next to a comprehensive update and revision of all the instruments contained in The Maastricht Collection, this sixth edition also contains a number of useful additions, such as legislation relating to Brexit and statutory legislation on criminal procedure. With these updates and additions, The Maastricht Collection now presents itself as an even more comprehensive resource for students of European, international, and comparative law.

The four volumes of The Maastricht Collection are available both separately and as a complete set.

Preface to the sixth edition

The Netherlands: Charter for the Kingdom

France: Code of Relations between the Public and the Administration

France: Decree of exceptions to the application of the principle “silence amounts to acceptance”

The Netherlands: Code of Criminal Procedure